A blinder of a trip for TV drama fans 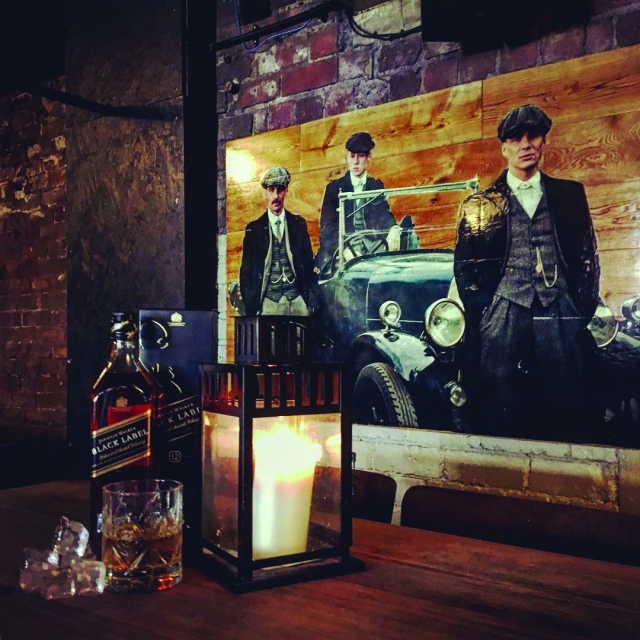 Bakers Dolphin has lined up a ‘blinder’ of a new trip for TV fans – with travellers encouraged to don 1920s gangsters garb to complete the experience!
The five-day Peaky Blinders tour takes travellers on the trail of the BAFTA Award-winning gangster family epic drama, set in Birmingham shortly after the end of the First World War.
Professional Blue Badge Guide (and self-proclaimed huge Peaky Blinders fan!) Julie Kershaw will take travellers on a guided tour of key locations used in the filming of the series.
Julie became a prestigious Blue Badge Guide in 2013 and graduated as the Institute of Tourist Guiding’s “Guide of the Year”, so travellers know that they’ll be in safe hands – which is just as well as they delve into the dangerous world of the shady Shelby TV crime family.
The trip will take in Manchester, Arley Hall, Liverpool and Port Sunlight, following in the dark and dangerous footsteps of the Shelby’s, who are set to darken our TV screens for a fifth series in 2019.
Cillian Murphy, Sam Neill, Helen McCrory, Tom Hardy and Adrien Brody are among Hollywood’s household names and famous faces who have featured in the historical crime drama.
Amanda Harrington, Sales and Marketing Director of Bakers Dolphin, said: “Peaky Blinders has been a very popular programme, and we hope that travellers will snap up the chance to take a sneaky peak at some of the locations used in filming.
“The tour takes place next April, and we’re encouraging travellers to dress in their finest 1920s attire.”
It’s not the only TV-themed trip to be added to the coach company’s new Autumn-Spring 2018-19 brochure, which has just been launched.
Travellers are also being given a chance to wander through Weatherfield and tread the iconic cobbles of Coronation Street, following in the footsteps of their favourite soap stars with a tour of the MediaCity UK studios in Manchester.
Of course, you might want to take a coach trip to help get away from the TV, in which case the latest Bakers Dolphin brochure has plenty of alternatives on offer.
Six new Superior Breaks have been added, which combine the luxury of the firm’s flagship fleet of Gold coaches – which offer fully-reclining soft leather seats and 50% more leg-room than standard coaches – with much more upmarket accommodation.
There is a new eight-day Italian tour of the Flavours of Veneto and another new offer, which is sure to tantalise travellers’ tastebuds, is the Prosecco Trail, staying in Lido di Jesolo.