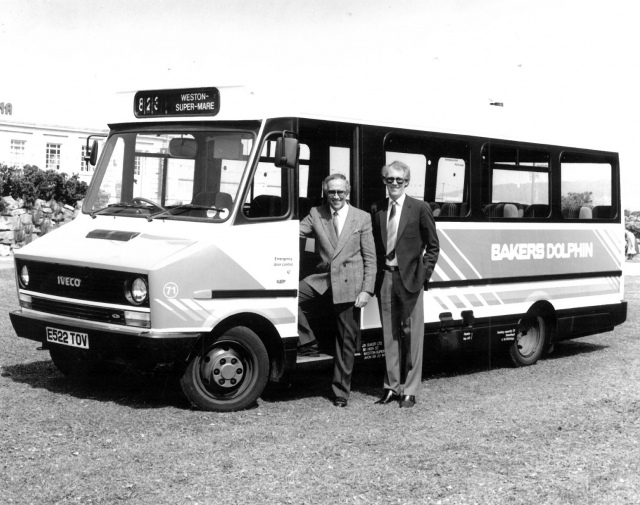 The grandson of the founder of leading West Country-based coach tour operator Bakers Dolphin has passed away.

Bob Baker died on Monday, December 17, at the age of 79. Mr Baker, who retained a home in Lympsham, North Somerset, and Chelsea, London, was the grandson of the travel firm’s founder, Charles Theodore Baker, and son of John Baker – known as Jack.

Jack and wife Mary had five children and Bob was the first of them to join the family firm in 1961 after graduating from London University with a BSc degree in Civil Engineering.

His younger brother John, who graduated from the University of Wales with a BA degree in 1966, joined him, and the two brothers both became directors of J N Baker Ltd in 1968 when the firm was operating 17 coaches.

Under their leadership, the company continued its expansion in the 1980s as Bakers Coaches, acquiring its major West country competitor Wems Coaches in 1981.

Bob Baker launched the firm's travel agency business as overseas travel and package holidays became popular, opening their first shop in Regent Street, Weston-super-Mare. The firm expanded through the acquisition of Bowyers Travel in Nailsea and Clevedon; Blue World Travel in Clifton, Bristol; and, in November 1984, Dolphin Travel in Bristol.

Rebranded as Bakers Dolphin, Bob Baker built the travel agency chain as joint Managing Director with Dolphin’s Kevin Abbey, eventually selling the chain to First Choice Holidays PLC in 1998, following which he worked as a consultant to First Choice.

He continued as a director at Bakers Dolphin Coaches, along with his brother, launching a regular Bristol to London service called the London Flyer and expanding the coach fleet and international travel destinations, retaining his directorship after retirement from day-to-day duties.

He leaves behind a widow, Sandra, and four children, Patrick, Deborah, Damon and James. Bob was a long-standing member of Weston-super-Mare Round Table, serving as Chairman, and the 41 Club. He was a keen rugby supporter, following Weston Rugby Club.

Bakers Dolphin Managing Director Max Fletcher said: “Bakers Dolphin has always been a family business and everyone knew Bob and the fantastic contribution he made over the years to our success. We all owe him so much for developing the business over the years and our heart-felt condolences go to his family. He will be greatly missed.”