Business as usual for day trips to London 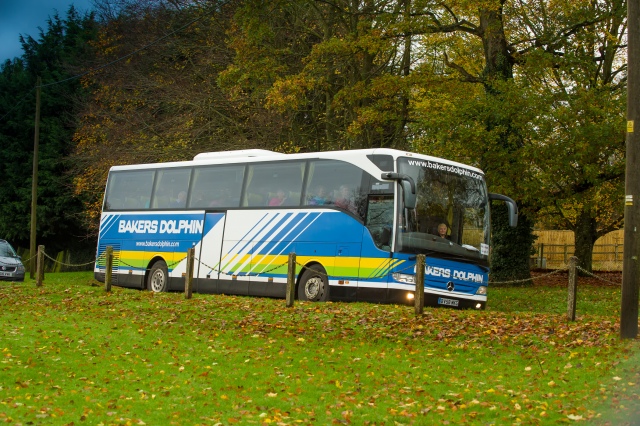 Bakers Dolphin is still running day trips to London despite the introduction of new charges designed to help cut pollution.

It’s ‘business as usual’ for Bakers Dolphin despite London introducing its Ultra Low Emission Zone (ULEZ), which means some coaches will have to pay an extra £100 a day to enter the capital.

The move has already prompted some West Country-based coach operators to stop running day trips to London as they can’t afford to convert their coaches to make them compliant, and the additional daily charges make the excursions unviable.

But Weston-super-Mare-based Bakers Dolphin already has 10 vehicles which are fully compliant with the new cleaner air regulations, and very small price increases – around £2 per person – have been introduced to help pay the ULEZ charge for those vehicles which do not comply.

Max Fletcher, Managing Director of Bakers Dolphin, said: “What this means for Bakers Dolphin customers is that, despite London introducing the ULEZ, we are still offering a wide range of day trips to the capital.

“We are aware that, for some smaller operators, such trips have become too expensive to run. It can cost around £20,000 to make an older vehicle ULEZ compliant, which represents a huge investment.”

“We are fortunate in having 10 vehicles that have Euro 6 engines, which meet the ULEZ standards, and, as part of our rolling programme of replacing vehicles, we are ensuring that every new coach that it brings into its fleet is also ULEZ compliant.”

“While we have had to introduce slight price increases to the day trips, which is regrettable, the good news for West Country travellers is that, unlike some other firms, we are still running a wide variety of days out to London.”

“So, whether it’s a sight-seeing trip, shopping trip or an excursion to some of London’s famous museums, attractions, exhibitions or events, we want to reassure people that it’s business as usual for Bakers Dolphin as far as going to the capital is concerned.”

“This means it’s not just business as usual for people based in our home-town of Weston-super-Mare, either. We have several pick-up points in Bristol, too, so there is no reason for anyone to miss out on going to London.”

Bakers Dolphin celebrates its 130th anniversary in 2019 and offers hundreds of holiday tours around the UK and the continent and a wide selection of day trips. The company also provides regular daily coach services for schools in the region, and offers coaches for private hire to businesses, groups, schools, clubs, and private individuals.