100 years on – Bristol on the Western Front 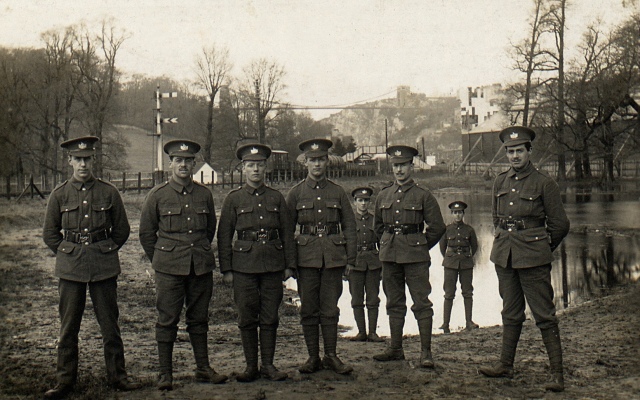 Local families have a chance to follow in the footsteps of Bristol’s First World War servicemen later this year on a special tour commemorating the role of the city’s troops on the Western Front.

West Country coach specialist Bakers Dolphin has teamed up with military and local historians for a unique centenary tour of Belgium and France tracing the routes of Bristolian soldiers who went over the top during the Somme and Passchendaele offensives.

The four day tour will be led by experienced guide and television historian Jeremy Banning and local historian and author Clive Burlton, visiting key sites where regulars, territorials and volunteers from the Gloucestershire Regiment and other local units fought and died.

Jeremy Banning, who is Historical Consultant for the BBC’s new series on the Battle of the Somme to be broadcast in summer 2016, will guide people through the battlefields. Clive Burlton, who has written two books on Bristol’s involvement in the First World War and co-authored Bravo Bristol, with Eugene Byrne of the Bristol Post will help to draw out the regional links.

Clive Burlton said: “Many of our stops would have had enormous significance for our soldiers – in many cases they would have been the final stop on a journey which began when they were recruited as volunteers at the Colston Hall and other centres across Bristol.”

“It will be a chance for people to visit the place their own relatives fell, maybe find their name on a memorial or visit a war grave.”

“This tour will enable guests to see some of the places whose names still resound today – the Menin Gate, Ypres, Ploegsteert Wood – where Bristol’s Territorials first entered the trenches and Guillemont and Longueval on the Somme where the 12th Gloucesters, Bristol’s Own, attacked and suffered heavy losses.”

The four-day Executive tour from 7-10 October includes three nights’ hotel accommodation in Ypres and Arras with evening meals and continental breakfast included. Optional lectures will be given by Jeremy and Clive on two of the evenings.

Bakers Dolphin Marketing Director Amanda Harrington said: “This is a once in a lifetime opportunity to visit some of the most well-known and notorious battlefields of the First World War - one hundred years on.”

“With experts on board able to help people trace their individual stories it is going to be an informative, moving and thoughtful tour. We will be visiting many iconic sites including Tyne Cot Cemetery and the Thiepval Memorial and may have an opportunity to search for and visit the graves of loved ones. We will also be witnessing the remarkable Last Post ceremony that takes place every evening at the Menin Gate.”

“Jeremy and Clive are experts on the human stories of the Western Front and in particular the role of the extraordinary local men who took part.”